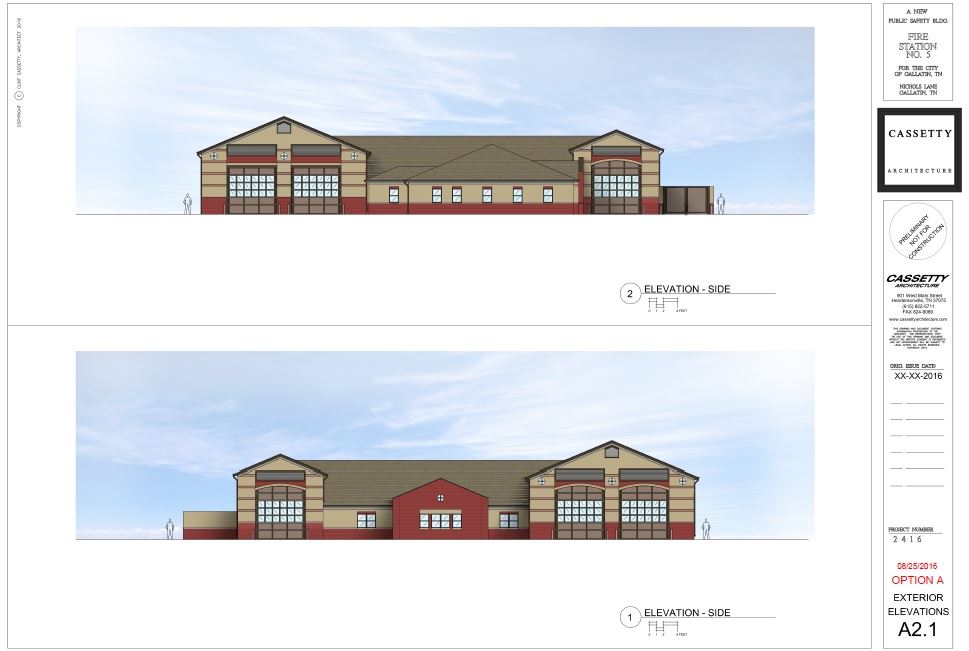 The newest Gallatin Fire Department station is up and running after years of planning.

Plans have been in the works for Station No. 5, at 346 Nichols Lane, near the intersection of Clear Lake Meadows Drive, since before Victor Williams became the department’s chief in 2016.

Assistant Chief of Operations Robert Richie Jr. said the city purchased two lots for the fire station on Oct. 28, 2014, according to sales information from the Sumner County GIS website. The city purchased both lots for $119,000, Richie said. .

Though he wasn’t involved in the decision to select the location, Richie said a draw to that site is its proximity to State Route 109 and the "growth in this area."

He said the station cost approximately $2.6 million, including the land purchase.

Previously, the fire department primarily covered that zone of the city from Station No. 1, on Main Street near the downtown square. Richie said that station covers “the vast majority of the calls” in Gallatin, so “we’re hoping (the new station will) take a load off Station 1… but as the rest of the city grows the call volume for the other stations is going up.”

In the past 15 years Lt. Lee Daniels has worked for the Gallatin Fire Department, three of the city’s five stations have been built, and “it’s going to continue (to grow)," he said.

The new station grew the department by 15 employees who hired through a SAFER grant the department secured as it worked to expand coverage to reduce response times in the city, Richie said.

The new, 11,000 square-foot station has two bays: one houses two fire apparatus — though it could fit four, depending on the size — and the other is for an ambulance and the fire department’s boat during winter months, among other equipment.

The department secured the fire boat, Marine 2, with a grant in 2013, according to the city’s website. After a 2008 tug boat fire on Old Hickory Lake, the boat can help responders on emergencies along the “57 miles of shoreline in Gallatin as well as areas along the Cumberland River from Defeated Creek to Cheatham Dam.”

Marine 2 is named in honor of Sgt. Steve Downing, a Gallatin Police officer who died off-duty of a heart attack while responding to a water rescue in the Cumberland River.

“This station is very versatile,” he said. “We can handle just about anything you throw at us with the equipment here.”

Station No. 5 will house the boat, “serve our citizens better,” Richie said, and Daniels added it will keep residents’ homeowner’s insurance at lower rates.

“If we weren’t being progressive and aggressive by building these stations in the outlying areas, the ISO rating would go back up and we’re vigilant at trying to make sure that is low to help all the citizens,” Daniels said.