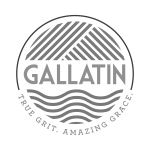 The Gallatin City Cemetery is a strong example of a 19th-century southern city cemetery. Its tombstone styles, landscaping, and grave plots reflect the demographics, history, and culture of the people of Sumner County since the establishment of the cemetery in 1818. The garden cemetery movement of the second half of the 19th century influenced the growth of a park-like layout as the cemetery expanded in size and capacity. Its status as the premiere burial site in Sumner County in the 19th and early 20th centuries is emphasized by many grand tombstones and the presence of the graves of several people who were significant to the history of Gallatin, Sumner County, and Tennessee.

The feature of the cemetery of the greatest historical interest., however, is not a grave at all, but a large monument dedicated to fallen soldiers from Sumner County who fought in the Mexican-American War of 1846-48. This large structure, consisting of an obelisk atop a tall inscribed pedestal, was originally built in 1848-1850, making it one of the oldest Mexican-American War monuments in the state. The presence of this monument, located in the oldest section of the cemetery, marks Gallatin City Cemetery as unique among countless ocher 19th-century southern garden-type cemeteries in the state that it otherwise would strongly resemble.

Gallatin City Cemetery is located just southwest of the courthouse square, and is bounded on the north by an apartment building, a daycare facility, and house along West Smith Street; the east by Cemetery Avenue; the south by the L & N Railroad line (now operated by CSX) and the west by a tree line, Town Creek, and a manufacturing facility. Currently, the visitor enters the cemetery on the east side off the corner of Cemetery Avenue and West Winchester Street, between two stone pillars beside the cemetery's only mausoleum. A network of paved lanes, wide enough for one-way traffic, spreads through most of the sections of the cemetery, in something of a grid-like fashion.

The status of the cemetery as a park is deserved. When the cemetery was established in the early years of the 19th century, it was laid out at the edge of town as a city cemetery that still managed to look like a family cemetery. As the city cemetery became more established, the transferal of early 19th-century graves and tombstones from other
parts of the county contributed to this organization around family plots. With the growing prosperity of Gallatin, the cemetery became a place for the higher-status members of town to inscribe their family legacies through stately and ornate grave markers on public display.

This growing prosperity coincided with the advent of the garden cemetery movement in the United States, which began in Paris in 1804 with the founding of Pere-Lachaise Cemetery, and soon spread to England and abroad. The idea of the garden
cemetery was inspired by both the need to locate cemeteries on the outskirts of town, and the desire to lay family members to rest in a beautiful park-like, landscaped setting chat nurtured not only the dead, but also the souls of the living.

Features that add to the park-like setting today include scattered trees (many of them of great age), curved lanes, and shrubs. Some of the family plots still retain their ornamental wrought-iron fences. The City could enhance the park-like setting of the cemetery by including benches under shade trees or along the lanes where the open space
among graves allows.

Gallatin City Cemetery contains over 8,000 interments (according to Find A Grave), and is currently still in use in the newest sections to the north. Grave markers represent most of the major types of Victorian and 20th-century funerary styles and symbols, and range from early 19th-century table-style headstones and state obelisks, to 20th century granite die-on-base markers. Gravestone styles also include die-in-socket, lawn marker, government issue (i.e. military headstones), plaque marker, pulpit, foot stone, pedestal with faulted roof or urn, pedestal with obelisk, bedstead, ledger, table tomb, and box tomb. In addition to these basic forms, grave markers also include more sculptural elements, such as angels, flowers, animals and tree forms. Most of the graves up through the mid-20th century are made of marble, while most of the markers since are made of granite and are of more homogeneous shape.