Chief Bandy began his law enforcement career in 1992 with the Sumner County Sheriff’s Office and attended the Tennessee Law Enforcement Training Academy. He started his employment with the Gallatin Police Department in 2001. Over the course of his career, Chief Bandy has worked in many capacities and therefore has a vast knowledge of law enforcement. He has experience in corrections, patrol, SWAT, criminal investigations, narcotics, and as an investigator with the 18th District Attorney’s office. He has served in the capacity of Field Training Officer, Patrol Sergeant and Operations Lieutenant. Chief Bandy was appointed interim Chief of Police for Gallatin in January 2011 and after a nationwide search was named the full time Chief in May of that year.

Chief Bandy believes strongly in employees pursuing higher education. He received his Bachelor of Science from Bethel University’s College of Criminal Justice and is a graduate of the 332nd class of the School of Police Staff and Command of Northwestern University. 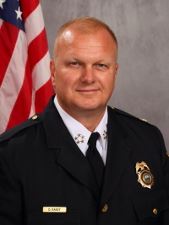 Chief Bandy is married to Tiffany and they have two sons, Noah and Nick. He has a strong belief in his faith and the importance of family. Chief Bandy is active in his church and in his community.

Assistant Chief William Sorrells began his career in law enforcement in 1983, joining the Gallatin Police Department in 1985. He has risen through the ranks of the department; in 1986 he was promoted to Field Training Officer, Sergeant in 1998, Lieutenant in 2002, Commander in 2007, and to his present position as Assistant Chief of Police in 2011. 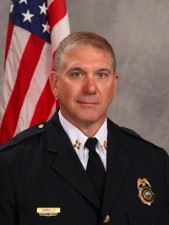 Major Kate Novitsky began her career in law enforcement at the Gallatin Police Department in 1992. Major Novitsky was promoted to her current position as Major in 2022. She has previously held the ranks of Dispatcher, Patrol Officer, Field Training Officer, Investigator, Sergeant, Lieutenant and Captian. Major Novitsky directly oversees all of the functions of the police department and reports directly to the Assistant Chief of Police.

Major Kate Novitsky has a M.B.A. from Aspen University in Criminal Justice and a B.A. from The University of Tennessee-Knoxville and is a graduate of the 105th A.O.C. at the Southern Police Institute. She has an active membership with the Fraternal Order of Police Lodge 65.

Lamar Ballard has worked in the field of private security , state and local law enforcement since 1989 . Prior to joining the Gallatin Police department Ballard worked for the state of Tennessee as a Capitol police officer. Ballard has been employed by the Gallatin Police Department since 1997. Ballard served as the first Gang Resistance Education and Training (GREAT) officer. A program that teaches children how to avoid gangs. This program was one of the first in Middle Tennessee. Ballard also developed and implemented the department’s first Crime Scene unit. Ballard has previously held the ranks of Field Training officer, Investigator, Patrol Sergeant, Investigation Sergeant.  In 2004 Ballard was promoted to Lieutenant where he has overseen the operations in several areas of the police department including Patrol, Dispatch, Training, Crime Prevention, Support Services, Professional Standards, Investigation, Property and Evidence, Crime scene unit  and FLEX Unit. Ballard has been assigned in Criminal Investigation Division since 2017. Ballard was promoted to his current position in 2022 and currently is assigned as the Captain over the Criminal Investigation Division. 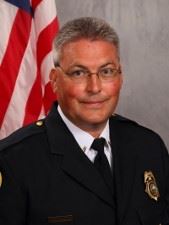 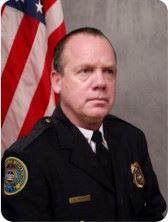 Captain Bill Vahldiek began his career in law enforcement in 1993 and joined the Gallatin Police Department in 1998. Captain Vahldiek was promoted to his current position as in 2022. He has previously held the ranks of Patrol Officer, Field Training Officer, Corporal, Sergeant and Lieutenant. Captain Vahldiek currently oversees the support division. He has previously overseen the operations of the training division, dispatch, criminal investigations, patrol and crime prevention. Captain Vahldiek has also been a member of the department’s Fatal Accident Reconstruction Team since 2000.

Captain Bill Vahldiek has studied at Sam Houston State University and has a B.S. Degree in Criminal Justice from Bethel University. He is also a graduate of the 332th class of the School of Police Staff and Command of Northwestern University. He is an active member of the Tennessee Law Enforcement Training Officers Association, Tennessee Association of Chiefs of Police, Fraternal Order of Police Lodge 65, and Bethpage Masonic Lodge #521. Additionally, he serves the community by being a board member with Greater Gallatin and the Sumner County Anti-Drug Coalition. 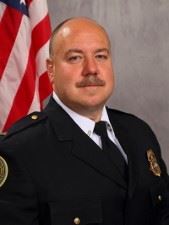 Captain Chris Shockley began his career in law enforcement in 1997, joining the Trousdale County Sheriff’s Department where he served as a patrol sergeant until 2005. He became a member of the Gallatin Police Department in January of 2005 and was assigned to the Criminal Investigations Division as an Investigator in August of that same year. Captain Shockley became a SWAT Team member months after being employed by the Gallatin Police Department and was promoted to team leader of the Sumner Co. ERT in 2009. He was promoted to Sergeant in 2008 where he served as a supervisor of a patrol squad. In 2010 he was transferred to the Criminal Investigation Division serving as the Sergeant within the unit. Captain Shockley has also served as Sergeant within the Training Division. Captain
Shockley was promoted to his current rank in 2022. 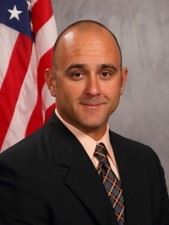 Captain Shockley is a graduate of the 274th class of the School of Police Staff and Command of Northwestern University. He has active memberships with NTOA and TLETOA.

Captain Shockley has been married to his wife Darlene for 17 years and they have four children Callie, Crista, Kyle and Katie Jo. 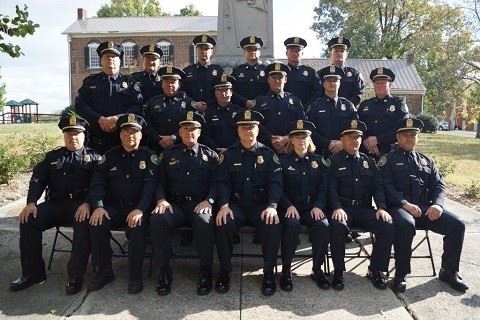 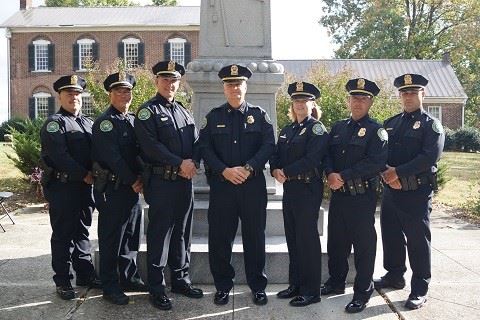